The Advisory Board of the Duke Islamic Studies Center is an international board comprised of Muslims and non-Muslims. The Board includes members of the public and private sectors as well as scholars. The Board provides strategic advice on program initiatives to the DISC Director and staff, assists with fundraising activities, and helps raise the profile of the Duke Islamic Studies Center at home and abroad.

Johny Chaklader:  Mr. Chaklader advises clients on export controls, economic sanctions, customs matters, anti-bribery, and foreign boycotts under the U.S. Commerce Department’s Export Administration Regulations (EAR), the State Department’s International Traffic in Arms Regulations (ITAR), the Office of Foreign Assets Control’s (OFAC) economic sanctions regulations, Customs and Border Protection’s (CBP) regulations, the Foreign Corrupt Practices Act (FCPA), and international sanctions regimes.  Mr. Chaklader graduated from Colgate University as an Alumni Memorial Scholar with a B.A. in Geology in 2003.  He completed his J.D. at the Howard University School of Law and M.B.A. in Finance at the Howard University School of Business in 2010, where he served as staff editor of the Howard Law Journal.  Mr. Chaklader is completing a master’s degree with a focus on Sustainable Development and International Trade from Harvard Extension School.

Kate Deyst: Kate Deyst has focused her expertise and energy for the past 15 years on fighting food insecurity and poverty. She is a trustee of the Eos Foundation, whose mission is to break the cycle of poverty by investing in children's futures. She is a former Chair of the Board of Trustees of The Food Project (Lincoln and Roxbury, MA), and a co-founder of and former executive director of Growing Places (Leominster, MA), an organization that donates vegetable gardens and gardening support to low-income residents of North Central Massachusetts. She received a B.A. from Harvard University in 1984, a Ph.D. in Cell and Developmental Biology from the Sackler School of Graduate Biomedical Sciences at Tufts University in 1992, and did post-doctoral research at Brown University.

James P. Gorter, Emeritus Board Member: Jim Gorter served as Chair of the DISC Advisory Board from 2006 – 2012. He graduated from Princeton University in 1951 and attended the London School of Economics on a Woodrow Wilson fellowship. He is a retired partner and member of the Management Committee of Goldman Sachs. He has two children who graduated from Duke.

Christiane Gruber: Christiane Gruber’s primary field of research is Islamic book arts, paintings of the Prophet Muhammad, and Islamic ascension texts and images, about which she has written two books and edited a volume of articles. She also pursues research in Islamic book arts and codicology, having authored the online catalogue of Islamic calligraphies in the Library of Congress as well as edited the volume of articles, The Islamic Manuscript Tradition. Her third field of specialization is modern Islamic visual culture and post-revolutionary Iranian visual and material culture, about which she has written several articles. She also has co-edited two volumes on Islamic and cross-cultural visual cultures. She is currently writing her next book, titled The Praiseworthy One: The Prophet Muhammad in Islamic Texts and Images.

Katherine Henderson: Rev. Henderson is Head of Auburn Seminary and is author of "God’s Troublemakers: How Women of Faith are Changing the World" (Continuum, 2006), She is an international leader in theological education and has pioneered programs for excellence in religious leadership of all faiths and progressive moral leadership in the public square.  Rev. Henderson has spearheaded innovative educational programs, ranging from convening CEOs of major American corporations to review the ethics of their business practice to multifaith women’s organizing to infusing mainstream media with responsible engaging religious voices.

Seeme Gull Khan Hasan: Mrs. Hasan was born in Lahore, Pakistan and migrated to the United States in 1971. She is a graduate of the prestigious Kinniard College for Women (Punjab University, Lahore, Pakistan). Mrs. Hasan is the founder and co-chairman of Muslims for America and the independent record label iSufiRock.  Mrs. Hasan also serves as Chairman of the Hasan Family Foundation. Through the Hasan Family Foundation, Mrs. Hasan will continue to build bridges between America and the Muslim World, between disadvantaged youth and the arts, using the arts and culture as the connecting stones, and between the voices of independence and freedom and the greater society.  Among her many accomplishments, her generosity made possible the founding of the Colorado Music Fest at Colorado State University at Pueblo.  As an active supporter of the performing arts, she was appointed by the governor to the Colorado Council on the Arts. Mrs. Hasan is also a trustee of the Kennedy Center’s National Symphony Orchestra and an advisory board member of Bravo Music Festival in Vail, CO.  Mr. and Mrs. Malik and Seeme Hasan have four children: Asma, Muhammad, Aliya and Rehan.

Bruce B. Lawrence, Emeritus Board Member:  Bruce Lawrence is Emeritus Professor of Islamic Studies at Duke University, where he taught for four decades. He holds a PhD in History of Religions from Yale University and has been awarded honorary ThDs from both Virginia Theological Seminary and Episcopal Divinity School. The inaugural director of the Duke Islamic Studies Center, Lawrence is currently a member of the DISC Advisory Board as well as the Academic Advisory Board of the Oxford Centre of Islamic Studies. He is a Carnegie Scholar whose current research examines how religious minorities negotiate citizenship in NE Africa (Egypt and Ethiopia) as also in SE Asia (Indonesia and the southern Philippines).

Mona Malik:  Mona Malik is a community leader and social worker with over fifteen years of experience in leading and creating community services programs for domestic violence, clergy training, conflict resolution, youth engagement and other social services required for immigrant communities in Virginia, Maryland, Ohio and the growing American Muslim community.  Over the past five years, Malik has led key non-profits that are focused on issues impacting women and youth both within religious settings and other organizations.  Malik is the current president of the Peaceful Families Project and the SVP of Operations at Legal Advantage in Bethesda, MD as well as a board member of the Virginia Department of Social Services.

Bettye Musham, Emeritus Board Member: Bettye Martin Musham is a graduate of Duke University School of Nursing. In 1978 she founded Gear Holdings, Inc. to develop and implement brands through design, licensing and marketing. Bettye Musham has served on various corporate boards and is a member of the Council on Foreign Relations. She is a founding member of the DISC Advisory Board.

Kimberly Reed, Chair: Kim graduated from Duke University in 1986 and from the University of Virginia School of Law in 1989. After two decades practicing in major international law firms in the US, Russia, and central Europe, she is the CEO of Reed International Law & Consulting, LLC. Her current law and consulting practice concentrates on foreign investment and infrastructure in Africa, the Middle East, and the former Soviet Union. She served as Director of International Operations for Obama for America in 2008 and is a former Assistant Dean and Professor of Law at UNC. She has been an active member of the Duke alumni community where she currently serves as Chair of the Duke University Women's Forum and as a Board member of Duke DC.  She is formerly a Vice-President of the Duke University Alumni Association. 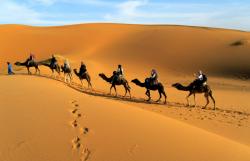 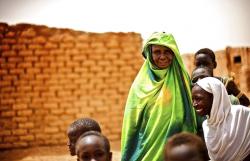 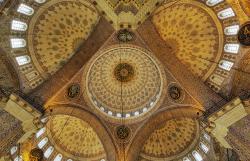