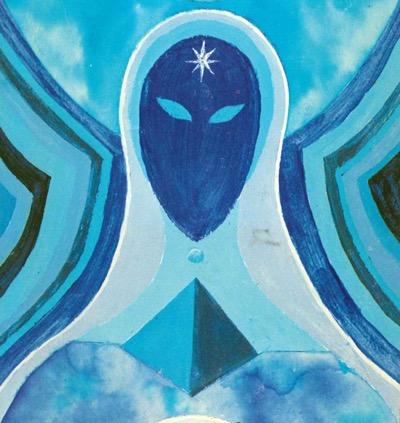 This symposium was envisioned and organized with Imam Abdul Hafeez Waheed to honor the Black Muslim community in North Carolina and beyond, its culture, literature, history, and legacy from slavery until the present. Black Muslim Atlantic pays tribute to the work and writings of Omar ibn Sayyid through a pioneering project by Professors Carl Ernst and Mbaye Lo to translate his writings and create a digital archive. The symposium showcases the work of these professors and their students from their course “Arabic and the Writings of Enslaved Muslims.” The term Black Muslim Atlantic was coined by Margari Aziza Hill, the co-founder and program director of the Muslim Anti-Racism Collaborative, as “an endeavor of transnationalism through literature, intellectual exchange, visual and performance art.” This work expands Paul Gilroy’s understanding of the Black Atlantic toward acknowledging the powerful role played by Islam in forging cultural and political solidarities across the global south.

Scholarship that followed Gilroy’s text, by seminal thinkers like Sylviane Diouf, focused on the role of enslaved Muslims in sustaining the roots and routes severed by the middle passage and by brutal suppression. Yet as so many acknowledge, black Muslim cultural forms continued and continue to flourish, even under condition of duress—musical, poetic, linguistic, literary, artistic, and religious. Although popular perception sees music and poetry as outside Islamic orthodoxy, these forms have long functioned in intimate relation to the Islamic tradition. This symposium explores its more recent instantiations as reflective of that longer history of Islamic civilization, as much a renewing and reviving it for contemporary contexts.

This symposium focuses on these cultural forms as a way of fore-fronting the powerful role played by Islam and Muslims in a shared culture of the black Atlantic. Islam so often occupies a marginal position in the study of the black Atlantic, just as the study of the black intellectual tradition occupies a marginal position in Islamic studies. This symposium focuses on the intersection of these shared cultural traditions, bringing its rich history and thriving present into detailed focus. The symposium is in memoriam of C. Eric Lincoln, professor of Religious Studies at Duke—whose work on both black Muslims and race and religion helped pioneer the field and raise more nuanced consciousness about these subjects. This symposium explores how far the field has come from this earlier moment.

The project is jointly sponsored by Duke Islamic Studies Center, African and African American Studies, Asian and Middle East Studies, Forum for Scholars and Publics, Religious Studies, the Franklin Humanities Institute,  and by the After Malcolm Project at the Center for Global Islamic Studies at George Mason University.

Dr. Sylviane A. Diouf is an award-winning historian of the African Diaspora and a curator.

She has authored and edited 13 books, including Servants of Allah: African Muslims Enslaved in the Americas; Dreams of Africa in Alabama: The Slave Ship Clotilda and the Story of the Last Africans Brought to America and Slavery’s Exiles: The Story of the American Maroons. Dr. Diouf has curated 12 exhibitions. She is a Visiting Scholar at Brown University’s Center for the Study of Slavery and Justice.

Omar H. Ali is Professor of Comparative African Diaspora History and Dean of Lloyd International Honors College at UNC Greensboro. The author of Malik Ambar: Power and Slavery Across the Indian Ocean and Islam in the Indian Ocean World, he founded the Islamic Studies Research Network at UNC Greensboro and was named the Carnegie Foundation North Carolina Professor of the Year in 2016. A graduate of the London School of Economics and Political Science, he received his Ph.D. in History from Columbia University.

Marvin X, aka El Muhajir, born May 29, 1944, Fowler, CA. Educated in Oakland CA., Merritt College where he came into black revolutionary consciousness with Black Panther Party Co-founders Bobby Seale and Huey P Newton.  He received his BA and MA in English/Creative Writing from San Francisco State University, where his first play Flowers for the Trashman was produced by the Drama Department while he was an undergraduate, 1965. In 1966 he founded Black Arts West Theater, San Francisco, along with playwright Ed Bullins. In 1967 he co- founded The Black House, a political/cultural center in San Francisco, along with Soul on Ice author Eldridge Cleaver. The same year he joined the Nation of Islam and soon departed America after refusing to fight in Vietnam. After exile in Toronto, Canada, Mexico City and Belize, he was deported back to America and served time in Federal Prison. He has taught at San Francisco State University, Fresno State University, UC Berkeley and San Diego and elsewhere. He has written thirty books, including essays, poetry, proverbs and parables. Dr. Cornel West calls him the African Socrates teaching on the streets of Oakland. Bob Holman says he is the USA'S Rumi Saadi Hafiz.

Dr. Zain Abdullah is an award-winning scholar and Associate Professor of Religion & Society and Islamic Studies at Temple University. He is the author of Black Mecca: The African Muslims of Harlem (Oxford University Press), and his articles have appeared in the Journal of the American Academy of Religion, the Journal of History and Culture, African Arts, Anthropological Quarterly and other periodicals. Professor Abdullah has been quoted in media outlets such as the New York Times, The Washington Post, and The Atlantic magazine. He holds a doctorate in cultural anthropology and has earned awards from the Smithsonian Institution, where he serves on the International Advisory Board for traveling exhibits. He has lectured widely, curated exhibitions and contributed to programs at the Children’s Museum of Manhattan, the Museum of the City of New York, the Asia Society and Museum, the Newark Black Film Festival, the New Jersey Performing Arts Center, the International Festival for Arts and Ideas (New Haven, CT), and various programs sponsored by the National Endowment for the Humanities and the US State Department. In addition to editing a Routledge volume on Islam and race and a special issue on visual culture for the Muslim World journal, Zain is currently completing a book on the Nation of Islam in mid-twentieth century America. In film, he works with producers for a four-part PBS series on Muslim Americans and has consulted for a Malcolm X documentary airing on Fusion and Netflix. Dr. Abdullah is the 2018 recipient of the Senior Ford Foundation Fellowship Award to write a book on Islam in America. His public awards include a New Jersey State Assembly Resolution in recognition of distinguished service and an induction into the East Orange Hall of Fame among luminaries like Queen Latifah, Dionne Warwick, John Amos, Naughty by Nature, and the late Whitney Houston.